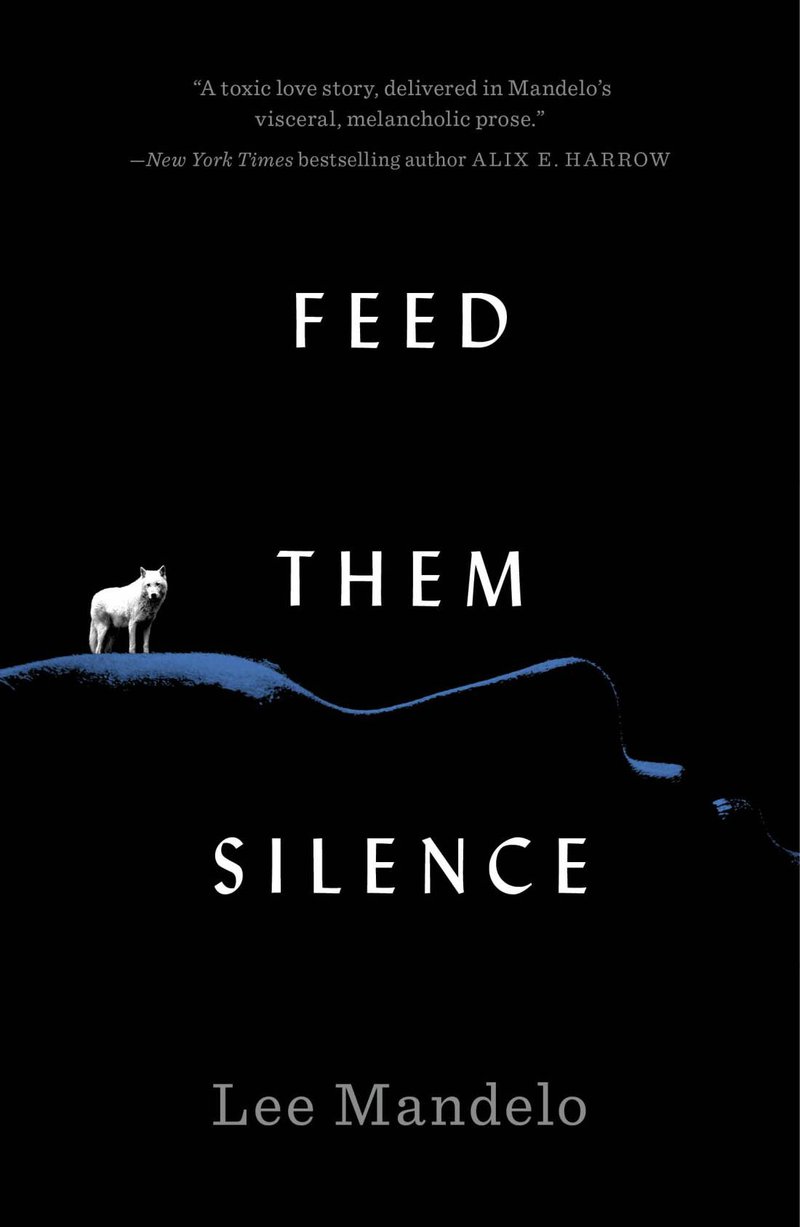 Feed Them Silence is a sci-fi/horror novella that begs the question: What would happen if we linked a human brain with a wolf's?

Lee Mandelo's story is gripping and rife with political commentary and moral qualms about conservation and what we do to help animals nearing extinction. While the premise was intriguing, and I found the tech and science-based plot beats fascinating and well done, Sean's relationship with her wife took up almost a third of the book. Though Sean's "connection" with her wolf, Kate, highlights the disconnect she feels with everyone around her, the story would have benefitted from a trim where Sean's relationship issues were concerned. Apart from the relationship drama, I loved it.

If you've ever wondered what it would it would be like to inhabit another animal's mind, or find near-future technology fascinating, I recommend giving this 113-page novella a read. 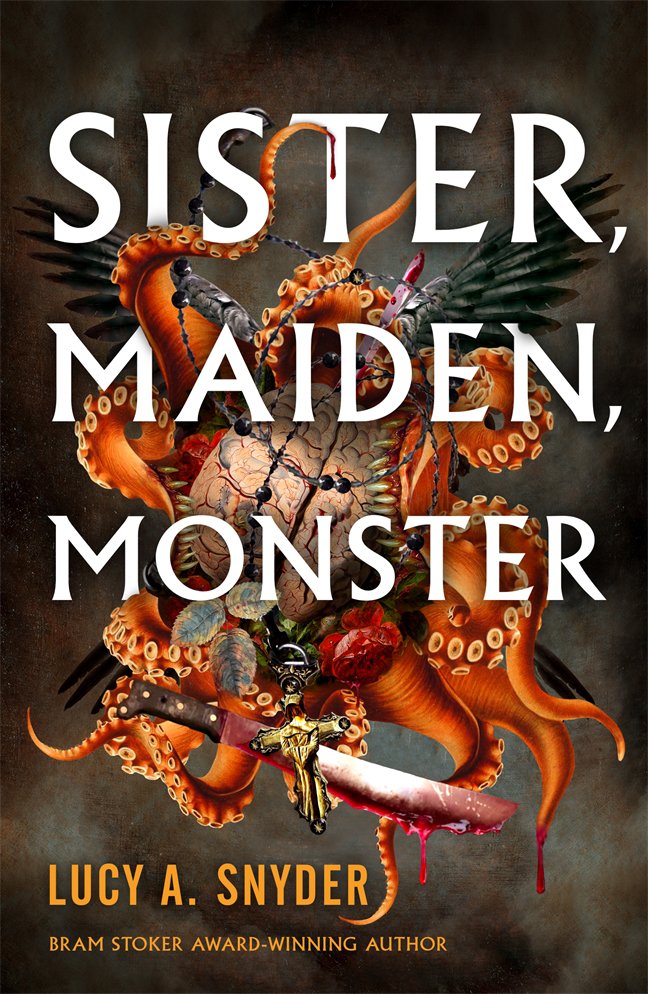 Wow! Going into this book, I thought I was getting into something much different. But, in many ways, the surprises along the way were more fun than the blurb had me assume.

Sister, Maiden, Monster is a novel rife with bodily horror, existential terror, and tons of gore. It follows three women in the midst of a new pandemic which originates from a virus more infectious and deadly than COVID. What follows is zombie-like behavior, with blood drinking and brain eating galore. But it gets far weirder than that. Imagine if a zombie apocalypse had a baby with an Eldritch horror and you'd be pretty close to this novel's vibe.

I recommend it to anyone looking for an out-of-this-world horror with a heap of Lovecraftian terror and a dash of current political commentary. Tread carefully if you don't do well with blood, dismemberment, or flesh-eating monstrosities. 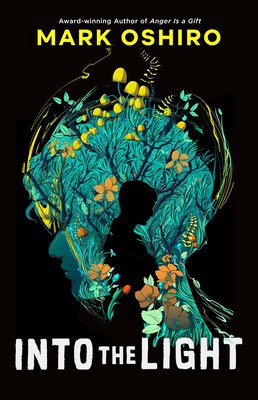 Into the Light is a YA suspense/thriller that tackles the US fostering system, religious ideology, family, and finding your true place in a world full of prejudice, discrimination, and injustice.

I always love a culty premise, so I didn't hesitate to ask for an ARC when I found this on NetGalley. I found Manny's homelessness and defenselessness compelling and heart-wrenching. His mistrust of anyone willing to help him was sad but realistic, when you take into account the poor foster care system in the US.

Despite liking the premise and enjoying Manny's character, the pacing of the novel was all over the place. The first 75% was too slow; there was a great deal of repetition, and it felt like not much happened until the big reveal. From then on, it was a sprint to the finish. The book would have been more gripping if it had been shorter and Manny didn't spend so much time getting to Idyllwild.

The following contains some minor spoilers.

I didn't appreciate the unexpected reveal. Having a supernatural twist made the rest of the novel seem bland in comparison. If there was an otherworldly presence at the camp, why hadn't it ever been tapped before? Why not use that to bolster the cult's following and create an atmosphere outside of what can already be stripped from the headlines? I feel that, with the twist, the book lost a lot of weight.

Despite the pacing and twist issues, I enjoyed this book and would recommend it to anyone who likes reading about religious camps, cults, and found family.

*Thanks to Tor and NetGalley for the ARC.* 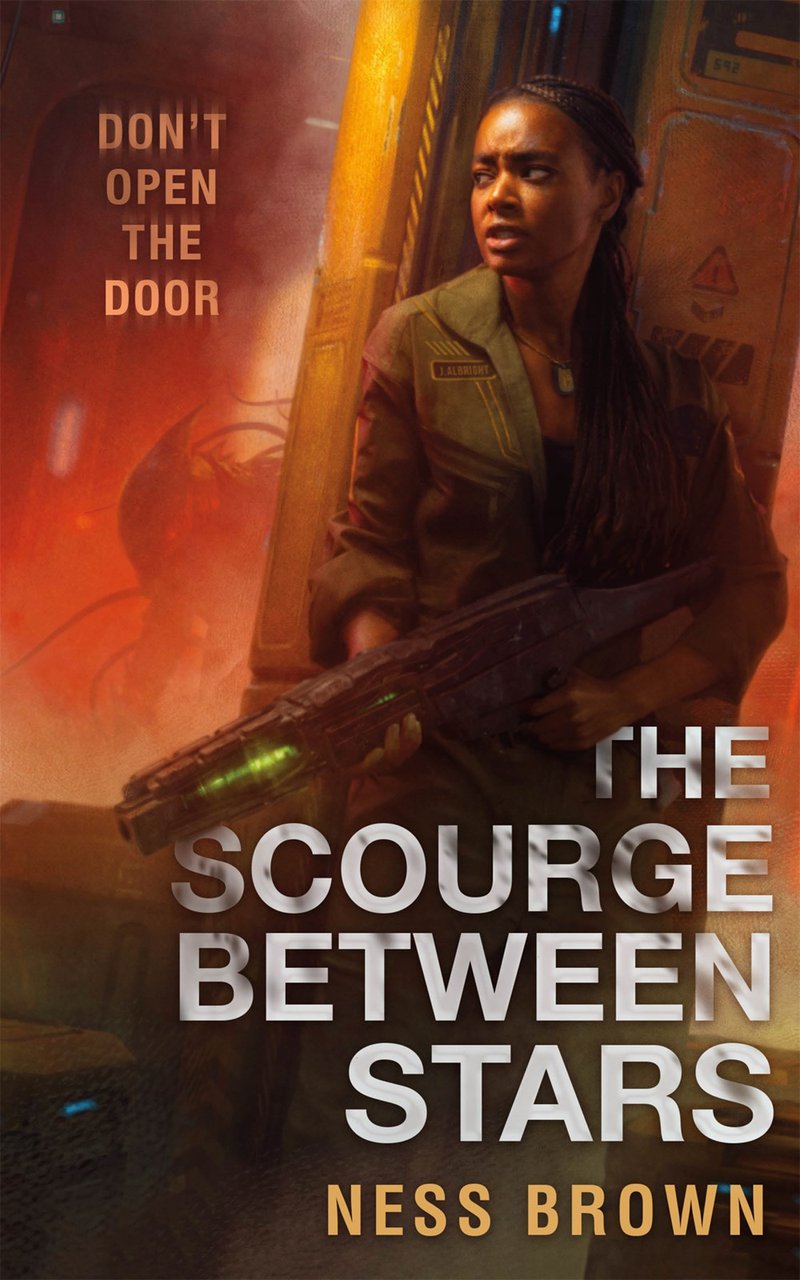 If you're looking for a novella that feels like Alien, look no further than The Scourge Between Stars. Set on a generational ship doomed from its departure, it will grip fans of space travel and sci-fi survival stories. The book is brimming with atmospheric horror, futuristic tech, and a droid (Watson) with a unique and lovable personality.

While I enjoyed the bulk of this story, and found Jacklyn a compelling protagonist, some plot beats went by too quickly and could have benefitted from a longer format. The terror would have felt more palpable as well, if I had gotten to know the characters better before the intruders showed up. Nevertheless, Ness Brown's prose is inviting and accessible, and I loved how she described the horrors without being too gruesome. I would definitely pick up her future works. 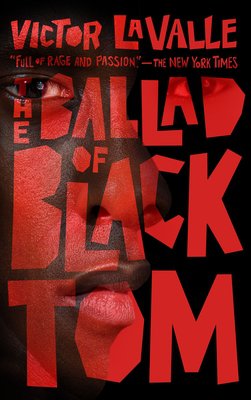 The Ballad of Black Tom is a reimagining of Lovecraft's "The Horror at Red Hook". It tackles racism and the power balance between whites and non-whites in early-1920s New York. Victor LaValle does a wonderful job setting the scene and developing Black Tom, a.k.a Charles Thomas Tester, prior to shit hitting the fan. I also appreciated the change in POV halfway through; it added another layer to the haunting tale.

Although I haven't read Lovecraft's story, I felt that LaValle succeeded where Lovecraft tends to fail for me: crafting a story that makes sense while simultaneously grappling with the unexplainable.

I recommend picking this up if you enjoy horror or like the idea of Lovecraftian lore but don't love the horror father's execution.

*Thank you to Tor for a complimentary hardcover.* 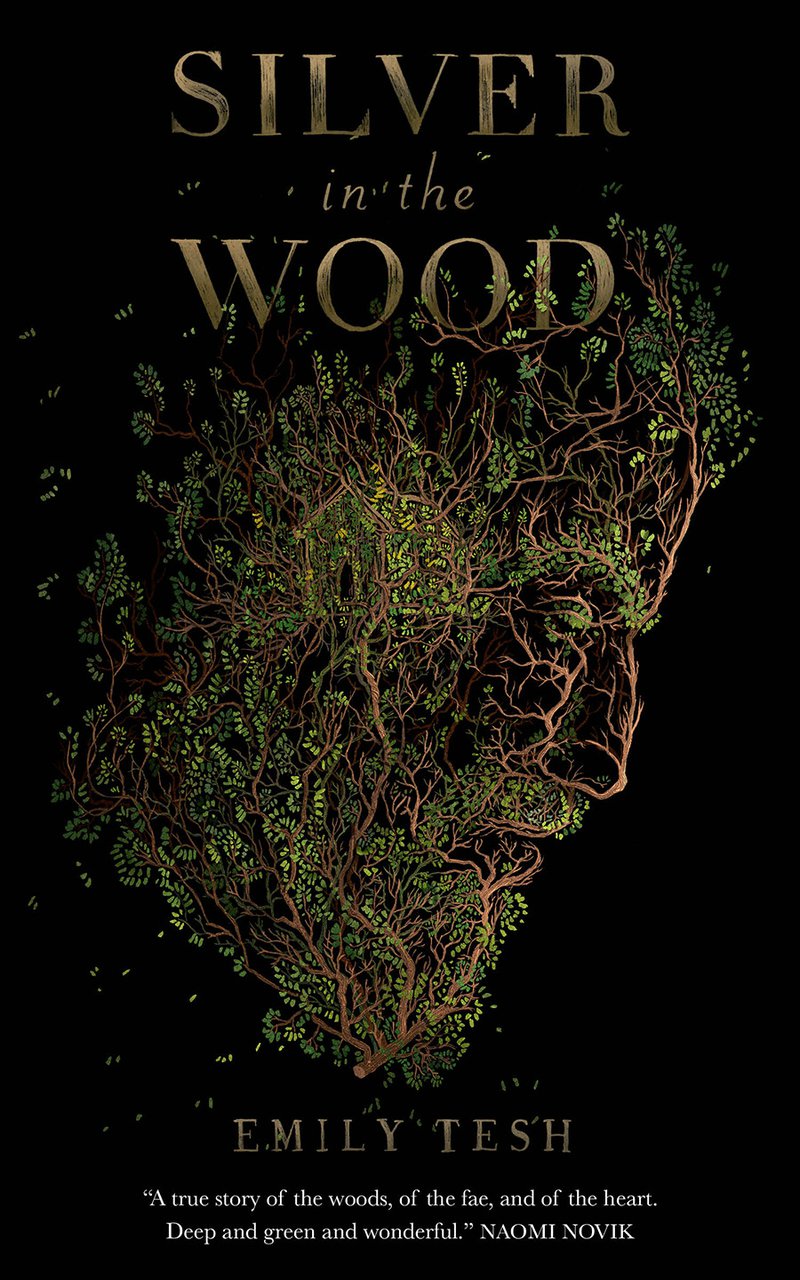 This is a gorgeous novella about a four-hundred-year-old man, who has become the main character in the local folklore, and the man who seeks him out, hoping to take his place.

Silver in the Wood is a love letter to nature and desires. Without giving anything away, this novella is ripe with vivid imagery, flawed characters, and mystical happenings in the wood itself.

I recommend this book to anyone who appreciates folktales, nature, and stories that center around fate and desire. 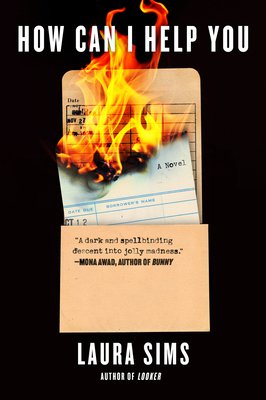 How Can I Help You is a dual narrative that follows two unlikable characters: Margo (a nurse in hiding) and Patricia (a failed novelist turned reference librarian).

While I thought the premise sounded great—I love novels set in libraries and thought a thriller set in one was a great idea—the story didn't feel fully formed. The main characters are terrible people, and generally I wouldn't take issue with unlikable characters. However, I feel cheated as a reader when they feel partially developed or unrealistic. Margo's "desires" are written in a way that is meant to unsettle but comes off exaggerated on paper. Patricia is annoying, constantly talking about her failed novel while penning a new one, using Margo as her muse. There was nothing to her character other than "I will do anything to be become a published novelist". As a writer, I found this overblown and obnoxious. There needed to be more to her character, and Margo's. Sure, Margo's past is revealed—fairly vaguely, I might add—but none of it mattered at all to me.

I also really disliked the sprint of an ending. It was rushed and sloppy, as if Sims couldn't be done with the story fast enough.

As an occasional reader of thrillers, I realize much of my gripes are likely my tastes and not a jab at this novel in particular. While I didn't love this book, I didn't hate it either. I read it in one sitting, so it gripped me from the start. It just left me wanting something with more depth by the end.

*Thanks to Putnam and NetGalley for the ARC.* 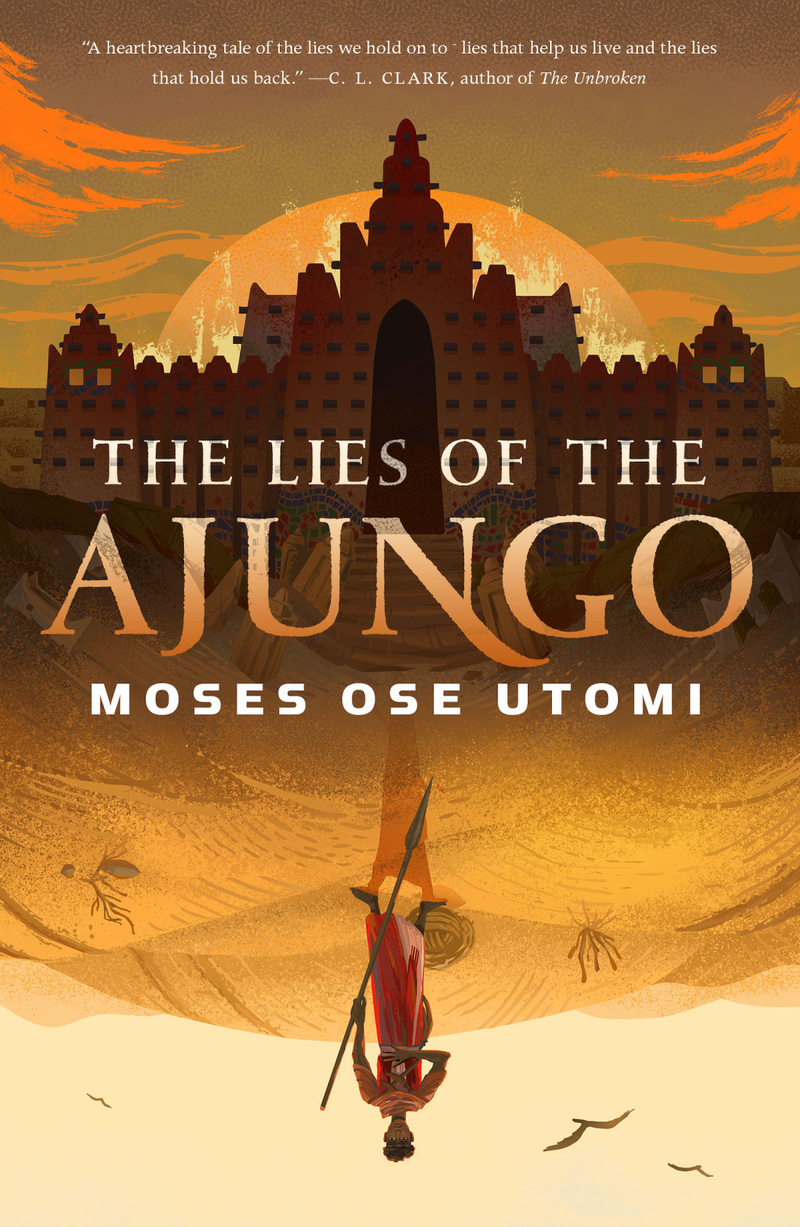 The Lies of the Ajungo is a heart-wrenching tale of survival, truth, and politics. While short, it packs a punch with its vivid imagery, tight plot, and intriguing character arcs.

If you enjoy stories set in the African desert, magical realism, or survival plot lines, I recommend giving this a read when it comes out in March 2023. 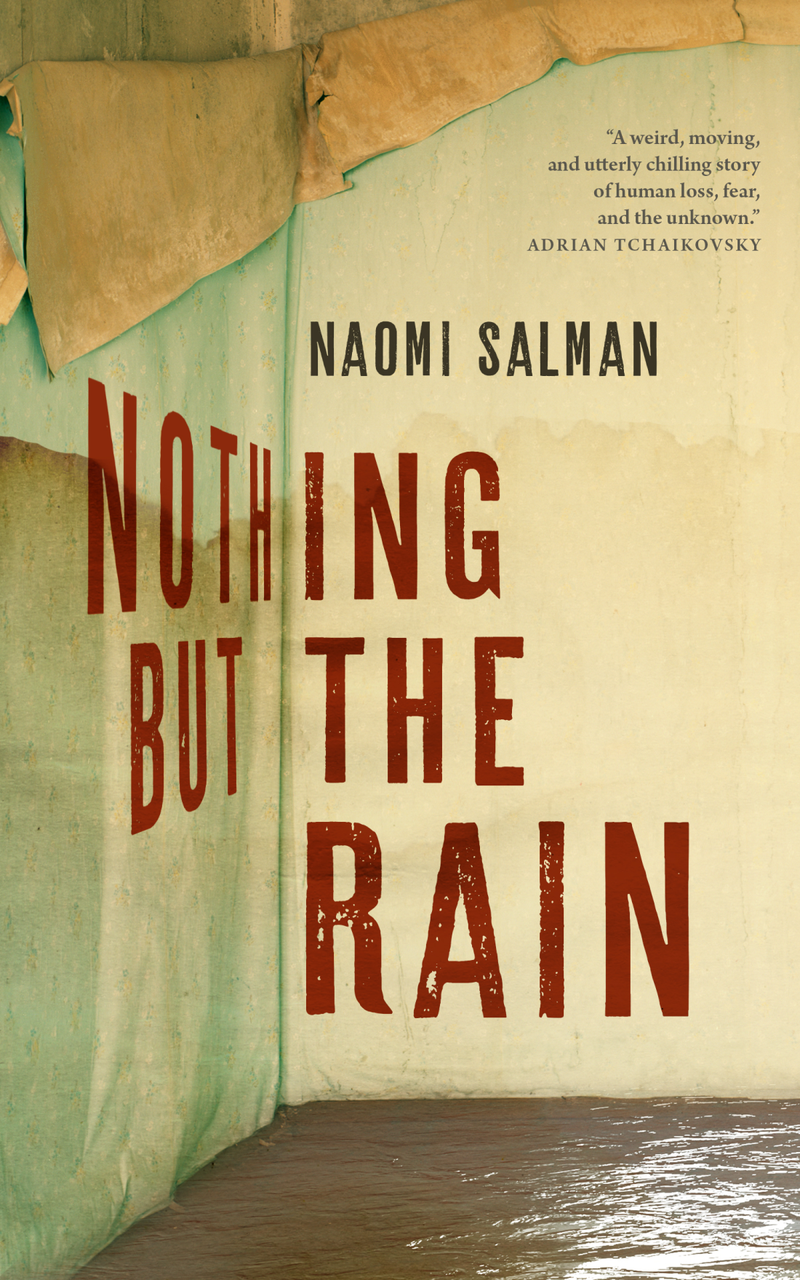 Nothing But the Rain is a short yet compelling read. Taking place in isolation, it is a perfect setting for suspense. Laverne is an intriguing narrator, and I felt I grew to enjoy her voice more at the tail end of the story. Many questions are left unanswered, and I found that better than any explanation Salman might have given.

If you like epistolary stories, apocalyptic/quarantine scenarios, and morally gray narrators, I recommend giving this a go when it's released in March. 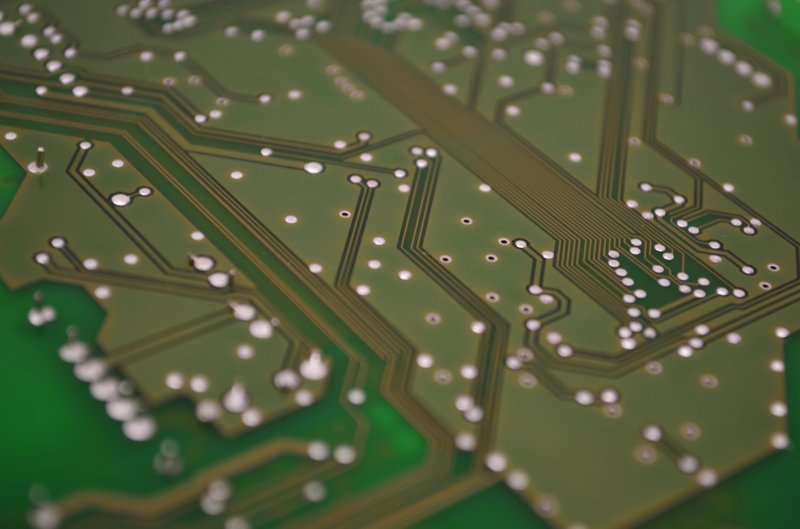 *Thank you to Tor and NetGalley for the ARC. I will update the image when the cover has been revealed.*

Without spoilers, Dual Memory is a science fiction novel that takes place on a secluded isle sometime in the future. It is full of artificial intelligence (from personal assistant gadgets to the security systems in buildings), raiders, intrigue, and alien lifeforms.

Sue Burke does a fantastic job weaving Antonio and Par Augustus's points of view, and I found I enjoyed the Leviathan League and Bronzewing subplots, despite not generally loving wartime stories. The novel is packed with interpersonal connections, mystery, and character, and I will definitely be tracking down Burke's other novels because I enjoyed this one so much.

I'd recommend this book to fans of Her and readers who appreciate conscious machines, futuristic war scenarios, and moral ambiguity.