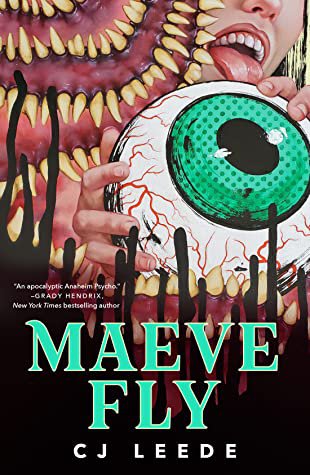 To start, I'd like to thank Tor Nightfire for the ARC.

This book gripped me on page one; I didn't want to put it down, and when I had to, I found myself wandering back to Maeve and her horrifying yet fascinating personality.

Leede's writing is brilliant. She really captures the essence of a late twenty-something in Anaheim, CA with the notion that they are other, superior, a lone wolf. Her descriptions were visceral and disgusting, and I mean that in the best way possible. Though the book isn't overflowing with gore, there is a fair amount of it, and it is done with finesse and tact.

While I enjoyed the story, I would have preferred the ending to be less obvious. However, despite being predictable, I thoroughly enjoyed Maeve's journey into madness and debauchery from beginning to end.

I'd recommend this book to anyone who loves thrillers set in California and female serial killers. 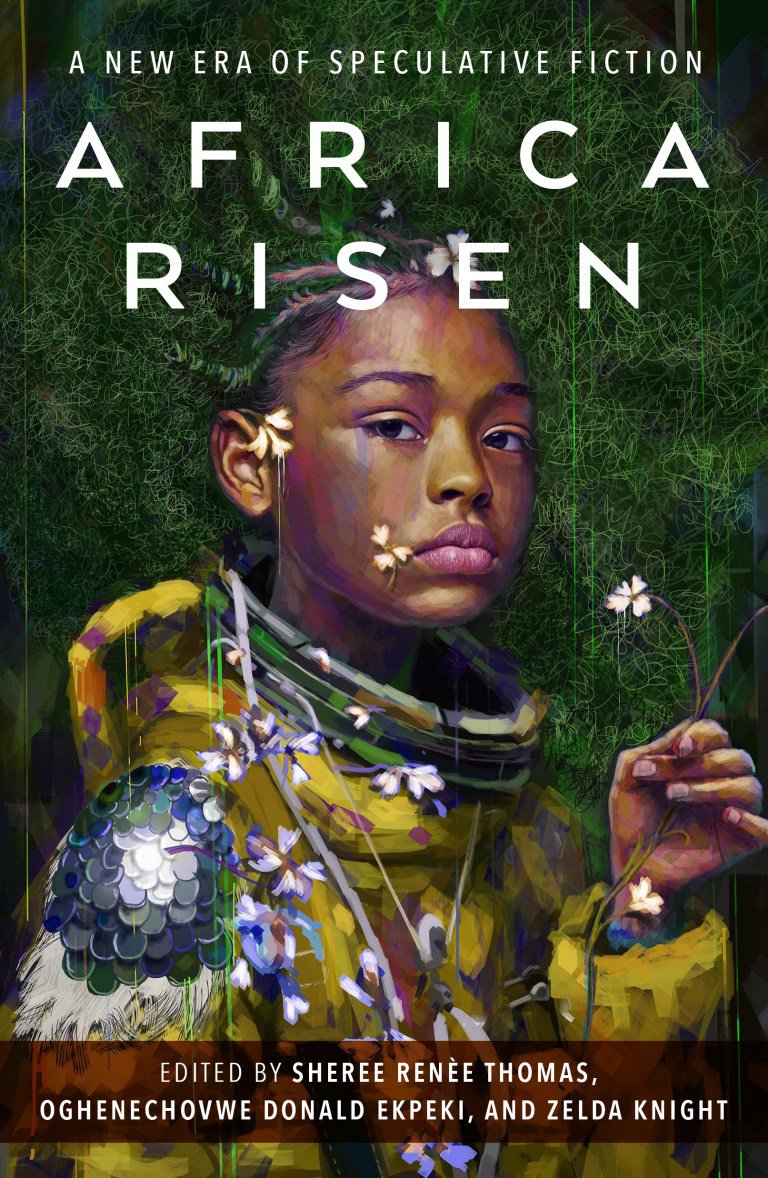 Africa Risen is a great collection by new-to-me writers. Each story provides a fascinating take on common science fiction or fantasy plots, and I appreciated reading tales that weren't influenced by Western culture. There were many stories I enjoyed and only a few I didn't care for. What follows is a list of all the stories within this collection, listed in order of my preference:

The Lady of the Yellow-Painted Library

A Soul of Small Places

When the Mata Wata Met a Demon

A Girl Crawls in a Dark Corner

The Soul Would Have No Rainbow

Ruler of the Rear Guard

A Dream of Electric Mothers

A Knight in Tunisia

The Carving of War

Housewarming for a Lion Goddess

The Devil is Us

I would recommend this collection to anyone looking for a sci-fi/fantasy collection written from a new perspective. With the large collection of stories, there's sure to be something for everyone.

*Thanks to Tor for providing me with an ARC.* 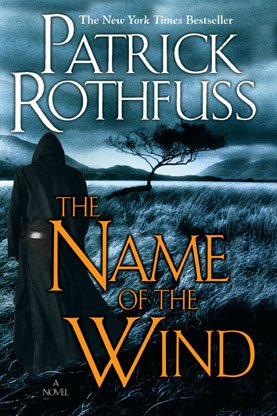 Truth be told, it took me a while to get sucked into Kvothe's story. But, at around page 150, I was all in!

Rothfuss is a phenomenal storyteller. His prose is delightful and easy to read, and his descriptions were lush without being flowery.

Kvothe is an intriguing character and, despite being gifted, he fucks up a lot. It helps that the story begins when he's in his early teens; his development and journey feels more honest and realistic because of his numerous faults.

The magical elements are also understated, which I appreciate. It was refreshing to see magic as a natural part of the world instead of the main focus. Though magical elements are there, and add quite a bit to the story, Kvothe's growth as a person is at the forefront of the tale.

Though a long read, I recommend The Name of the Wind to anyone looking for a great fantasy novel that focuses more on character than magic. 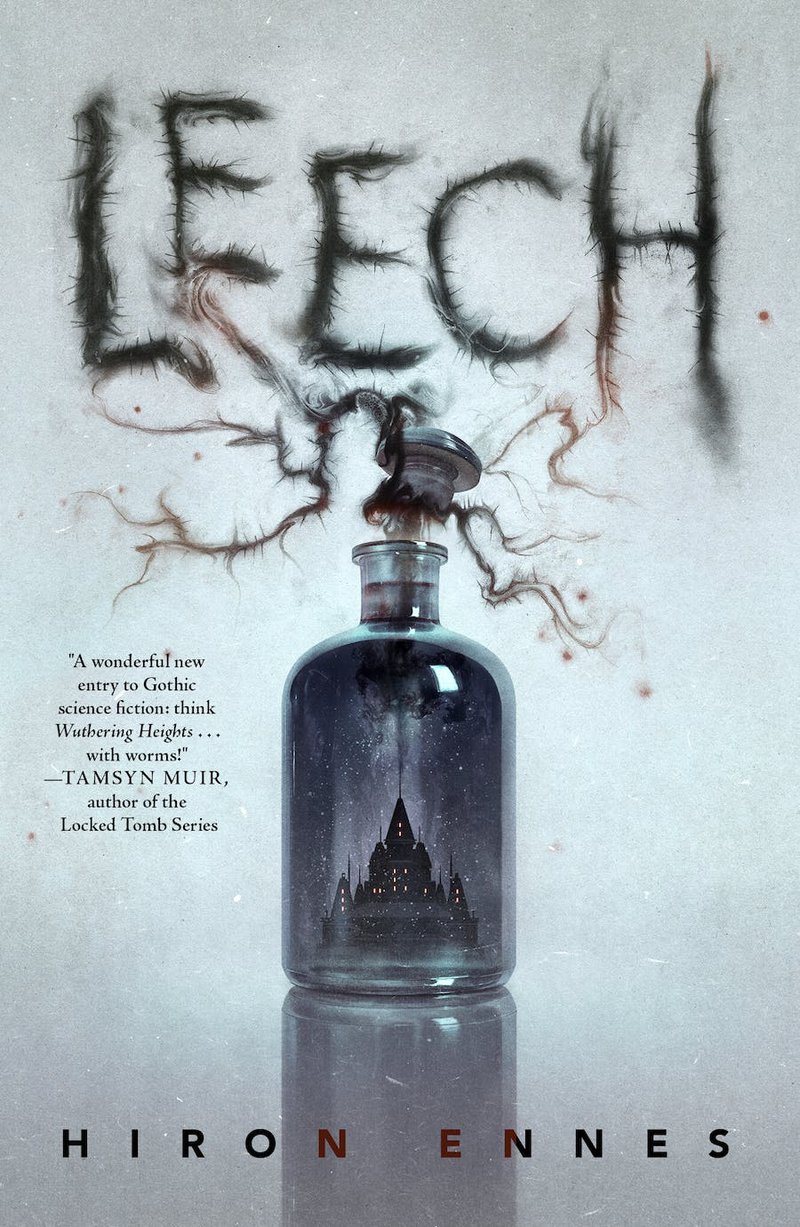 What an ambitious debut! A parasitic Institute, the gothic landscape of a dystopic future, humans with machines for body parts, and another parasite on the verge of destroying life as Verdira and Inultus know it.

I initially picked this up because I loved the comp. title, Wuthering Heights. Unfortunately, nothing about Leech, apart from living in isolation, found its way into this novel. Sure, there are gothic elements galore, and some parallels to Frankenstein, but if you're looking for a deeply flawed yet realistic romance, this isn't the book you're looking for.

I loved the prose. Ennes has a knack for imagery and setting. My main criticism is that there was too much going on. In isolation, many of the elements would have worked well, but lumping them together and stitching them into a whole at the tail end of the novel didn't really work. I also felt let down by the ending, but perhaps it was meant as a cliffhanger.

Though it wasn't perfect, I'd recommend this to fans of ambitious sci-fi with a gothic slant.

*Thank you to Tor for the advanced copy.* 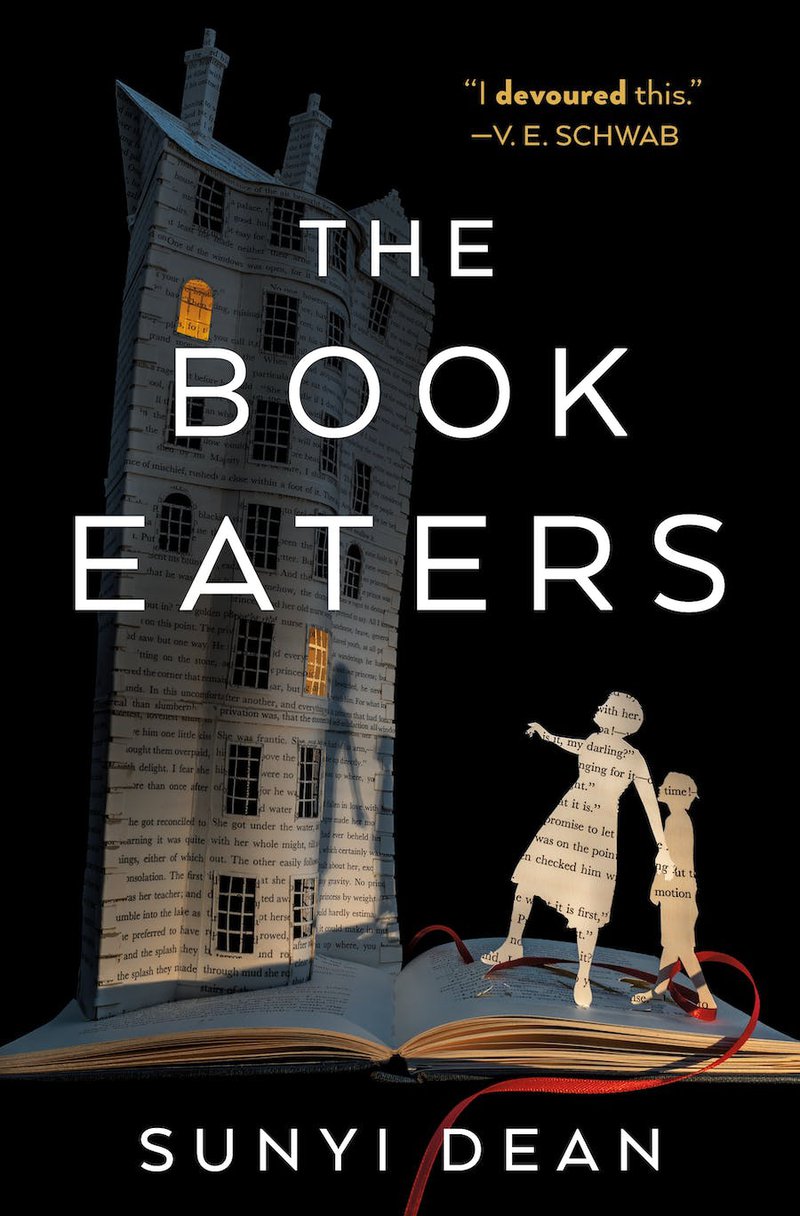 The Book Eaters is a fantastic fantasy debut and my favorite read this year. It tackles themes such as tradition, motherhood, trauma, and found family while staying grounded and whimsical. I loved the contemporary yet quirky background of the Families, and I adored Devon and Cai.

The six Families are backward, conservative, and traditional. Everything they do is for the greater good of the book eater line. However, when Devon's son is born with a proboscis tongue, she knows they'll never let him live. He is a mind eater and must be taken care of.

The novel weaves the past with the present in a way that solidifies the horrors of the Families and the traditions they uphold. I recommend this to anyone who appreciates a grounded fantasy, family dynamics, and novels that upend and question tradition. 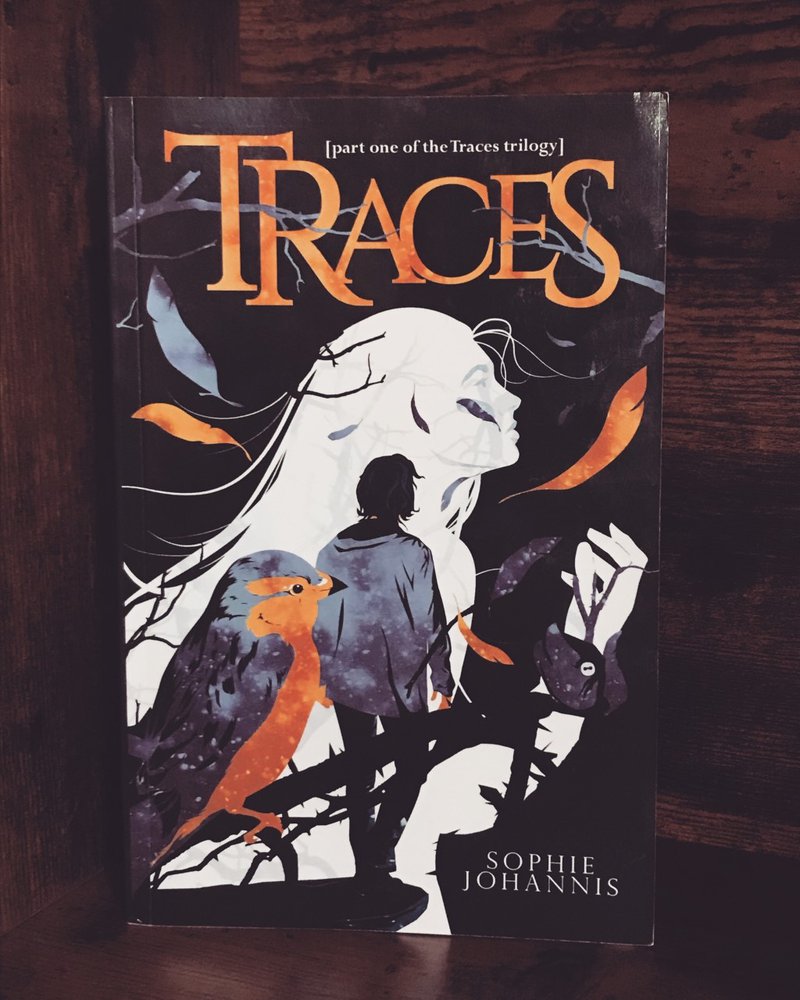 Traces is a phenomenal debut. It is poignant, beautiful, and compelling. Aiden and Cole play off each other really well, and I felt their relationship was both heartwarming and the perfect amount of awkward.

Without giving too much away, Traces is a novel about Aiden, a girl who’s just learned she’s an empath. If you like YA fiction with a dash of magical realism and psychological fiction, I highly recommend it.

I’ll definitely be picking up Below, the second novel in the Traces trilogy., once I’ve worked through my current TBR. 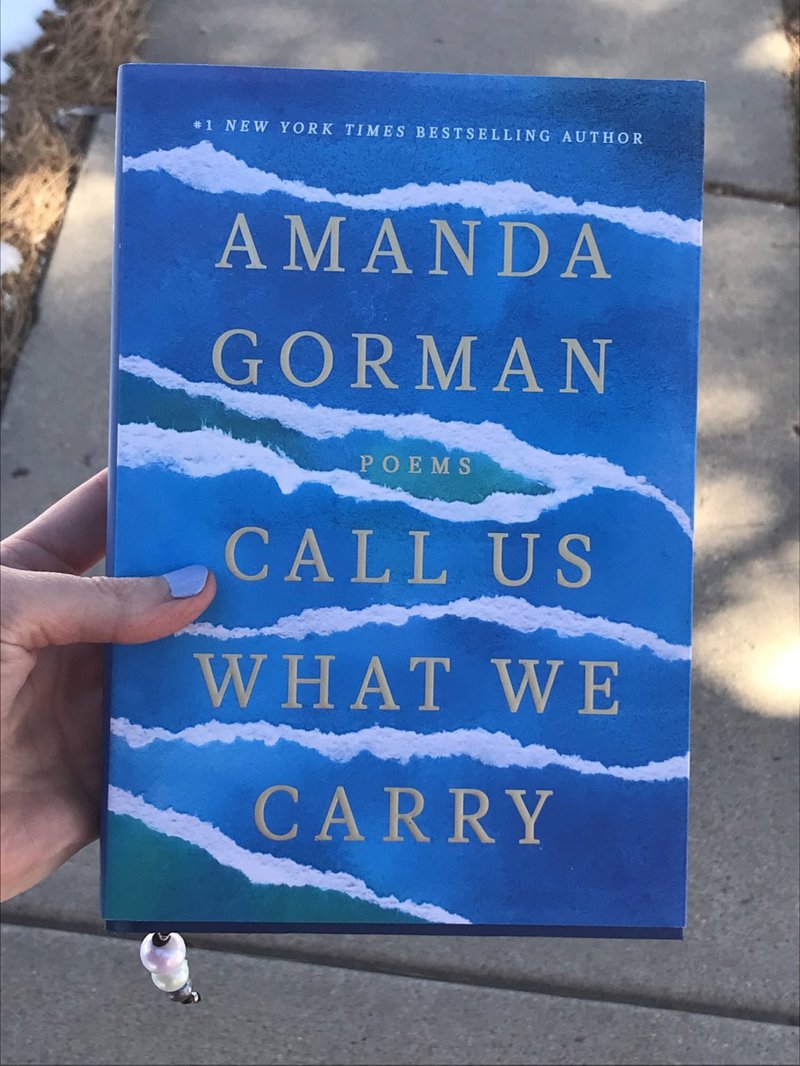 Call Us What We Carry is a poetry collection with emphases on the pandemic and BLM movement. I enjoyed a great deal of the poems and appreciated the historical facts and statistics. My only criticism is that the collection went on far too long. After a while, the pieces repeated themselves with little to no added value. I would have preferred this much more if it had been half the length.

Here are my two favorite quotes:

"What endures isn't always what escapes/& what is withered can still withstand." - from "Cordage, or Atonement" 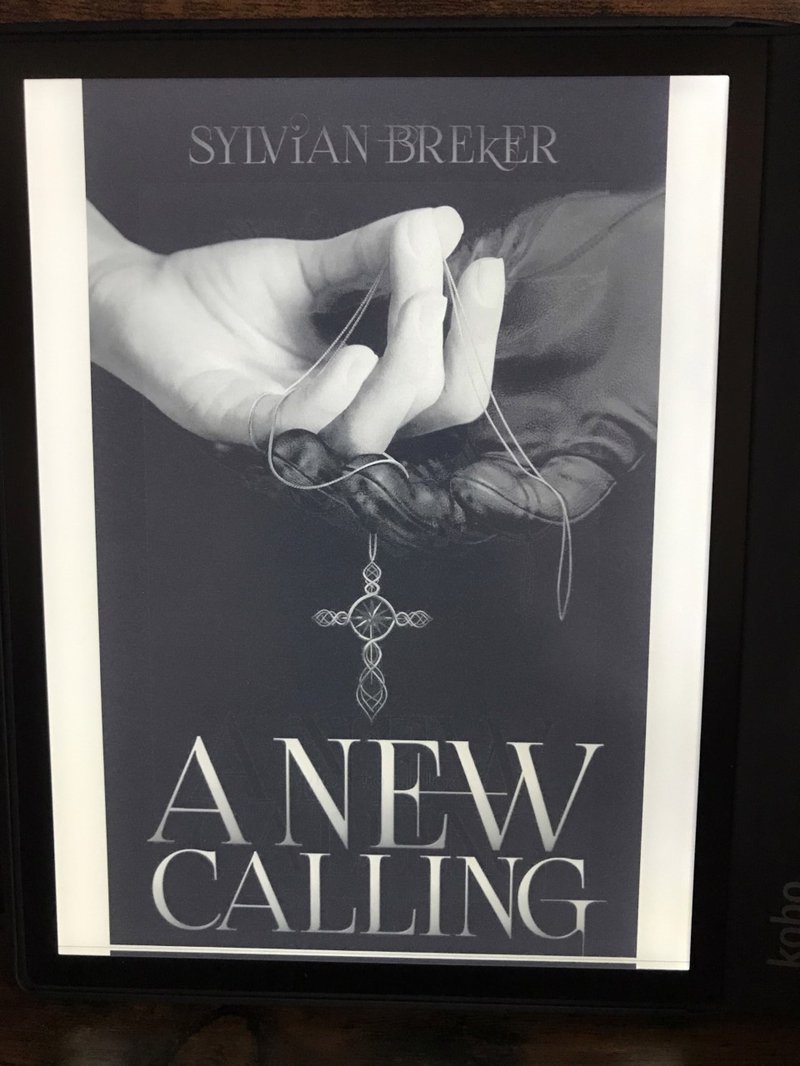 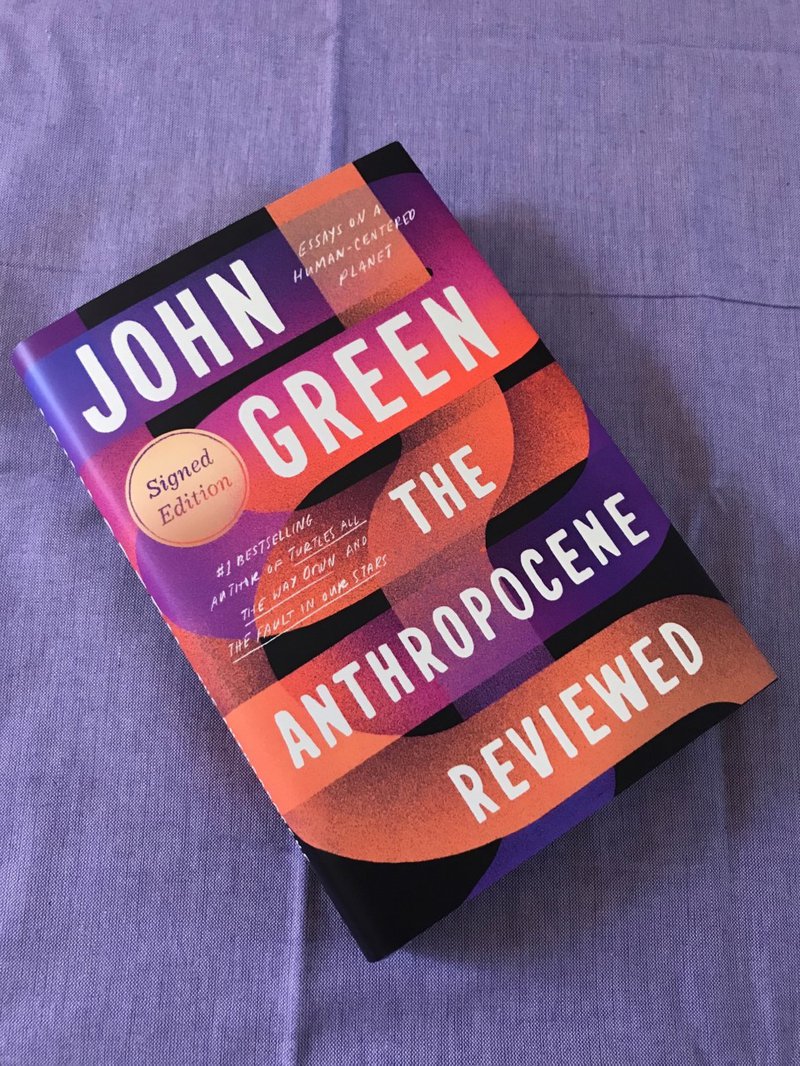 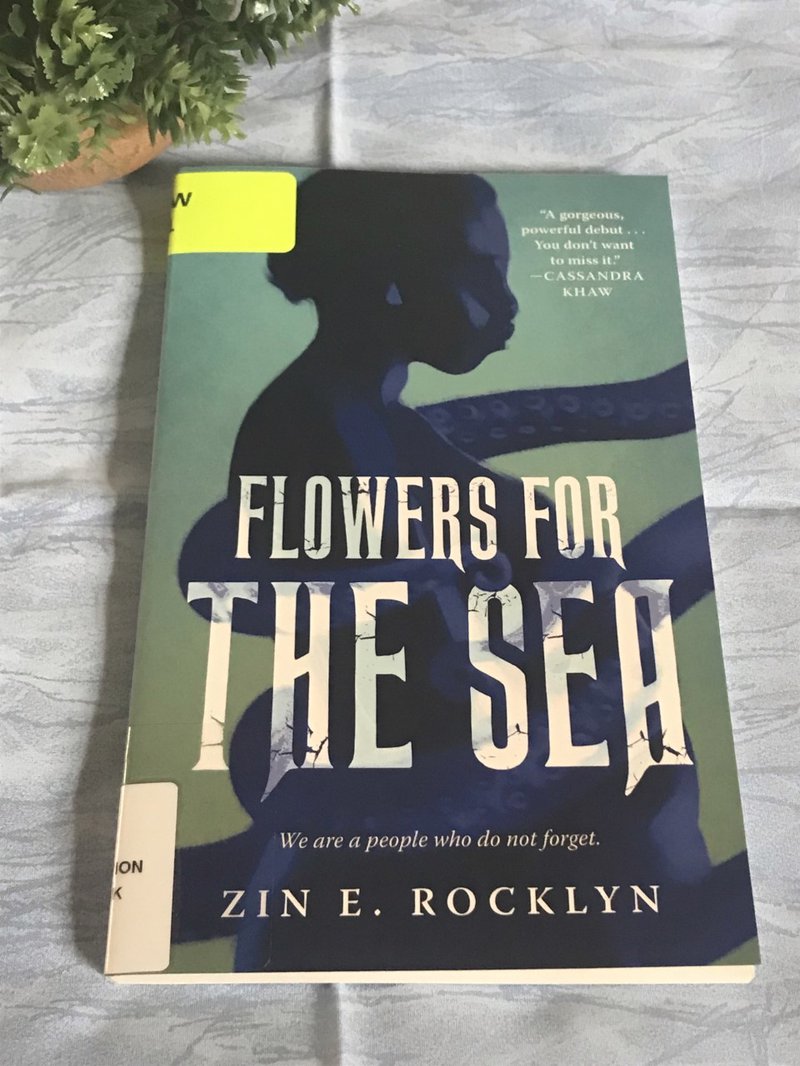 Flowers for the Sea reminded me of the Binti series in many ways. The prose had a similar tone, the protagonist was "chosen", and each tale took place on a ship.

Though I enjoyed this short book, it felt like an introduction and left me wanting more. I also would have preferred a longer book, to flesh out the characters and world a bit more. Nevertheless, it was a decent debut and I intend to read future books in the series.