My fantasy series, The Many Doors of Annwyn, has officially begun. I am 3,500 words into the first draft, and I can't wait to hit over 50k during NaNoWriMo!

After Wendy has been sent to ten agents, seven of which have rejected it. I intend to bump up the word count a bit, to somewhere closer to 60,000, in case that is the reason why it's been shot down. I was also told that there are many classic retellings/reimaginings releasing soon and that it might not be the right time to shop a Peter Pan sequel. But we'll see.

Apart from those two projects, I'm brainstorming for a TV series and am getting excited about an interdimensional travel short story.

The Name of the Wind

The Ballad of Black Tom

After Wendy is officially in the query trenches! I sent my first letter today and will update you monthly (unless I receive good news before then).

I'm currently outlining my fantasy series about Merlin's adventures outside of Camelot. It will feature doorways into other planes of existence, magic, the last living dragon, and rips in reality. The first draft will commence on Monday.

I have also been tossing around ideas for a heady sci-fi short story that I intend to build into a TV pilot. I'm still working out the finer details, but it should give off The OA vibes.

My Spooky TBR for October:

The Binding by Bridget Collins

The Coffin Path by Katherine Clements

As After Wendy marinates for another week, I've taken up my high fantasy series and hope to write in-world short stories starting Monday.

Though it's currently untitled, it will include:

Since releasing Lipstick Covered Magnet, I've been working on a YA Peter Pan sequel called After Wendy. I am currently 32,000 words deep and expect to have something ready for beta readers by the end of July. Stay tuned for more details.

I have bumped up Lipstick Covered Magnet's release date to April 18th! You can pre-order your Kindle copy on Amazon or wait until release day for a paperback. 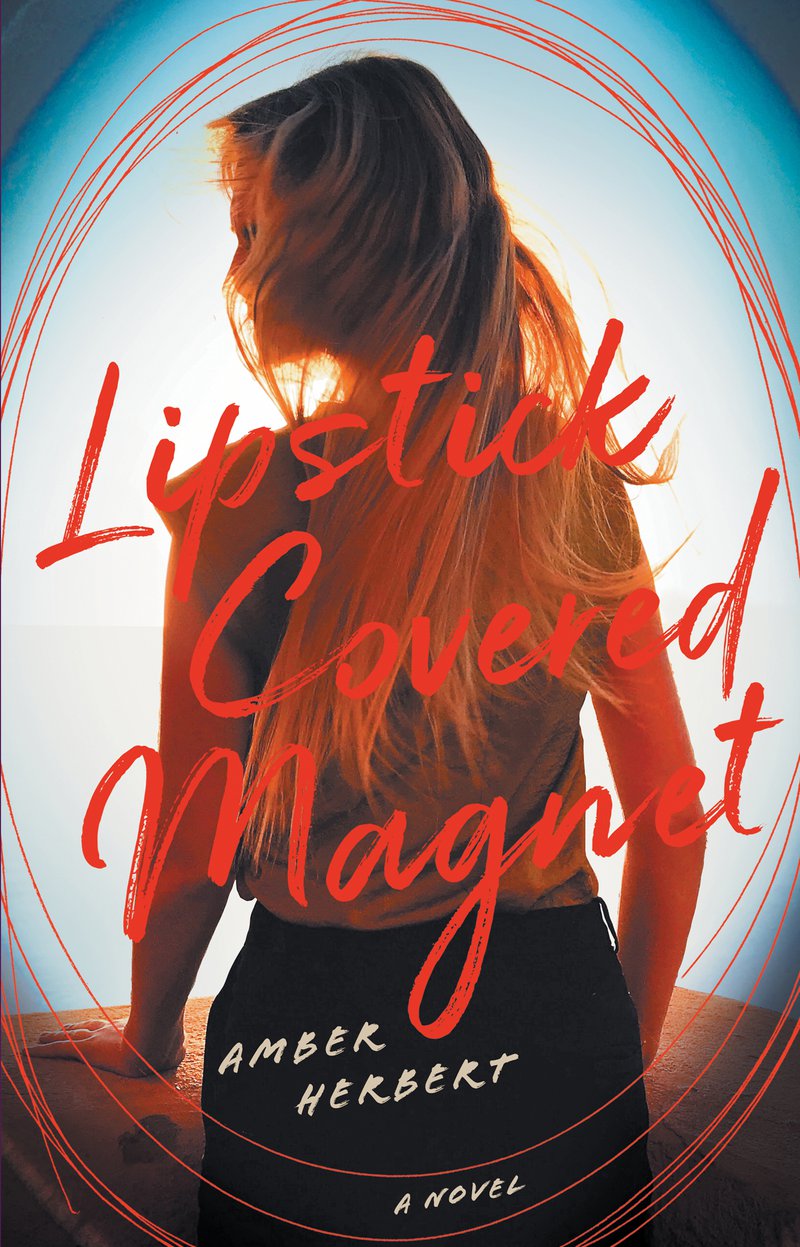 I am so excited to reveal my amazing cover! Jason Anscomb did a phenomenal job. Given I had no idea what I wanted prior to our contract, he took my novel and turned it into something fantastic.

After a great deal of consideration, I have decided to pull my debut from the querying trenches and self-publish.

Though that means I'll ultimately be in charge of cover design, editing, formatting, printing, and marketing, I believe going indie is my best option.

I'd hate to have Lipstick Covered Magnet sit in a drawer and never see the light of day. I'll query my upcoming projects, in hopes of landing a traditional deal, but really wanted to get this one out there for readers to enjoy.

Lipstick Covered Magnet will be available May 1, 2022. Stay tuned for updates!

Quite a bit has happened in the last four weeks, so here are my current numbers:

4 closed queries without a response

1 request for pages after an in-person pitch

Yesterday I heard back from an agent who asked for a full request. Here is the message I received:

Thank you so much for bearing with me while I have been considering LIPSTICK COVERED MAGNET. The lead up to the holiday season has been more busy than I was expecting which is probably a good thing for an agent, but has slowed me down in reading. As you know I really like your writing. It's so clear and confident and you differentiate your different POV characters so well which many writers can't pull off in shifting narrative perspective stories.

All of that said, I'm not sure I have a strong enough vision for placing this piece in the current market to be very useful to you at the end of the day. This market is particularly tough at the moment, especially if you're pitching something just above the YA range that deals with these challenging issues. (I knew that when I requested the full but I did want to read more to see how it felt as I kept reading.)

I was wondering if there is other work of yours I could consider either now or in the future? I'm very drawn to your confident voice-y writing style, but I wonder if it would be a better plan for you to prioritize another project and have this as a follow-up book? As a debut novelist, you want to make as strong a showing in your first book as possible and I'm not 100% sure this is the book to do that.

And of course I must qualify all of this by saying that these comments are completely subjective to me--everything in this business is so subjective--and others may well feel differently. I just like to try and give some thoughts about why I'm passing on a particular project so it doesn't feel like the frustrating black hole so many authors face while querying. I hope this is helpful. It's really more strategic advice than a critique of your writing.

Thank you again for sharing your work with me. My door is always open to future submissions from you. You are a very talented writer and I'm sure you have a successful career ahead of you.

This response brought me the validation and confidence I had been lacking since starting the querying process. It's easy to fall into negative self-talk and feelings of inadequacy when all you receive are form rejections which offer nothing more than a "not for me". Querying is frustrating, time-consuming, and deflating but I'm so glad I was able to talk with an agent who saw something in my writing. It's just a shame I had to write a book that doesn't fit into a neat box.

I'll keep my remaining queries open but don't intend to open anything new. I knew going in that Lipstick Covered Magnet would be a difficult sell. New adult never took off and my characters and the themes involved are too mature for YA but too young for what most adult fiction readers are looking for. I think it's time to shelf it, for the time being, and work on something more marketable--with my own twist, of course. I mean, who doesn't want a punk rock love story? It's time to take a step back from the querying trenches and focus on my next project, The Rock Show. And I'll be sure to send it to this lovely agent once it's polished.

About three weeks have passed since my last update, so here are my current numbers:

2 closed queries without a response

1 request for pages after an in-person pitch

Though these numbers haven't changed much, I'm optimistic. If Lipstick Covered Magnet proves too difficult to sell in the current market, I'll shelf it until I have something more traditional in bookstores. I've had numerous agents tell me the premise is great and my opening chapters are intriguing but they don't believe it will fit on their list. Even with the 17 rejections under my belt, I'm hopeful.

As I mentioned in my previous post, querying is a numbers game. I'll send out a new query each time I receive a rejection but otherwise focus on my second novel.

Since my last post, I have sent out 24 query letters and submitted to Pitch Wars. Of those queries, I am sitting on the following:

10 rejections, one after a partial request

2 full requests, one I declined based on the agent's reputation

The world of publishing is chaotic. Though I have had a few nibbles, the majority of feedback thus far has been negative and packaged in a form rejection. For those who aren't familiar with the querying process, a form rejection is essentially a copy and pasted reply. I realize agents don't have time to offer personalized responses and am accepting of the fact many will pass without telling me why. However, some do the bare minimum. I received a form rejection which started with "Dear Writer". Would it be so hard to type my name in place of the generic address?

I have a great deal of waiting to go but am happy to say that a few agents have expressed interest. On October 14th, I am headed to the Rocky Mountain Fiction Writers conference and will be able to pitch Lipstick Covered Magnet to an agent there.

This is an arduous process. Some days I feel overwhelmed and inadequate. Other days go by with optimism. It's a roller coaster ride of emotions but I'm happy to say I've put myself out there.