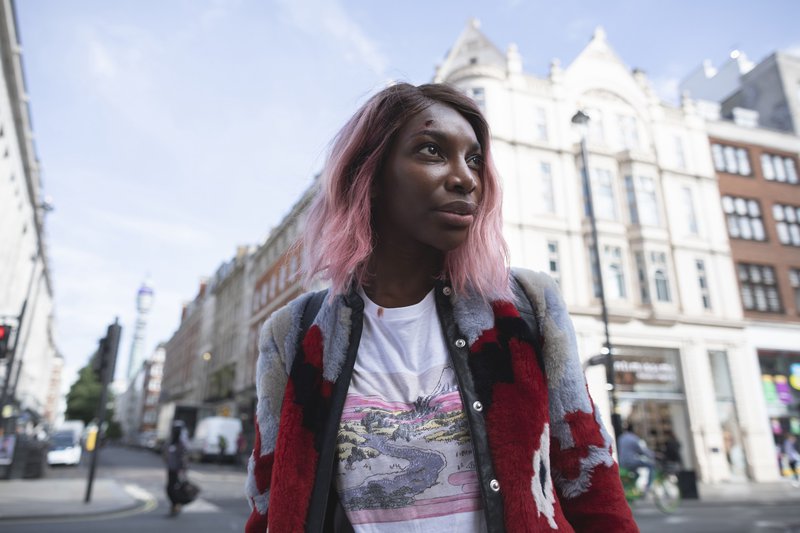 I May Destroy You tackles rape in a compelling and unique way by emphasizing how personal and layered the recovery process often is. Where Kwame eventually moves past his assault and finds peace and a bright future in someone who enjoys him more for who he is than what he happens to offer between the sheets, Arabella struggles writing the novel that’s already late to the publisher because she’s too busy helping other victims with their trauma.

After recruiting Zain’s help, she soon comes to realize that the story she needs to tell is the one she hasn’t accepted. This metamorphosing of plot is what we find in the finale.

The last episode offers three endings that center around confrontations with her rapist. In the first, she pretends to be drugged to trap her assaulter (in this version named Patrick) into falling for the bait and getting spiked himself. In this scenario, Arabella beats him to death on the street. She ends up stuffing the body under her bed, where she’s hidden every other horrible or triggering item throughout the series. This version releases all the anger she had previously repressed.

The second scenario was more interesting. Instead of getting back at David (the name she offered her rapist this time round), she pities him and takes him to her place after he implies he was sexually abused as a child and grew up to become a serial rapist. Arabella grapples with the why here. She moves from her feelings and attempts to find a possible reason why her assaulter did what he did.

The third scene, and certainly the most important in her journey, was that of acceptance and letting go. In this version, Arabella seduces Patrick (note how the name changes back to the original name she assigned — hinting again at the art of revision) and takes him back to hers, but in this scenario everything is reversed. She takes him from behind, ensuring she has the power. At the end, she tells him to leave and he walks out the door, right before his dead body slides out from underneath her bed and makes its departure. This symbolizes her recovery. By working through these endings, she is finally able to move past the assault.

I know many critics have noted how I May Destroy You shines a unique light on assault and trauma, but I must restate how authentic and raw Michaela Coel’s writing for the series is. As she wrote the script after she experienced a similar assault, the series comes across as genuine and personal. Everyone’s journey to recovery and acceptance is different, and I believe the series does a wonderful job of showing how there’s no right way of moving past something as traumatic as rape.