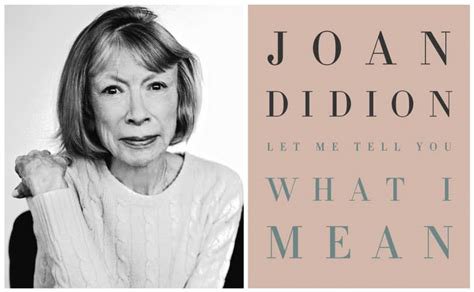 I have always been a fan of Didion’s work. Let Me Tell You What I Mean is no exception. Though I’ll admit the final essay regarding Martha Stewart was longer than I felt it needed to be, I appreciated her take on MS’s success and fan base. The rest of the pieces were concise, intriguing, and poignant — as is Didion’s signature.

If you haven’t already picked this one up, I recommend it. If you haven’t had the pleasure of reading Didion’s work, now is the time to dip your toes in.

There’s something for everyone. She is known for her contributions to New Journalism (alongside the great Norman Mailer) but has written a number of novels as well; my personal favorite is Play It As It Lays.