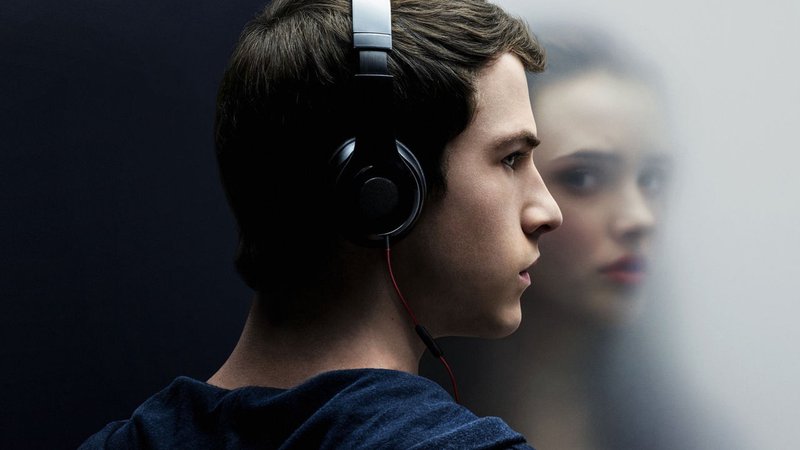 When 13 Reasons Why aired on Netflix in 2017, it became instantly divisive. Whether you agree with the show’s approach to topics such as sexual assault, suicide, and school violence, it’s difficult to deny that the show’s very existence set the stage for parents to discuss the same issues with their kids. If nothing else, 13 Reasons Why can be used as a springboard for necessary conversations, both in the home and at school.

To save everyone the time it takes to watch the full four seasons, I have offered an exhaustive list of things that worked and the many things that didn’t. I admire the show’s creators for attempting to address serious situations and open a dialogue between teens and adults. However, there are so many things that didn’t land, or were irrevocably unrealistic, that cannot be ignored.

The show tackles an array of topics that directly affect teens each year. From bullying to sexual assault, the show covers it all, though not always with the finesse it so needs. Here are the positive takeaways that were worth watching, even if it makes you uncomfortable.

The focus on her death is important because it captures the reasoning behind her actions, though I’d argue that some of the events leading up to her suicide were nowhere near as serious or detrimental as she made them out to be.

Extremely uncomfortable to watch but vital to the plot of the entire series, Jessica’s rape added layers to all four characters in question: Jessica, who had trouble remembering the scene and pushed against the truth when Hannah described it on the tapes; Justin, who was drunk and ultimately unable to stop Bryce; Bryce, who felt it was his right to force himself on Jessica who was unconscious at the time; and Hannah, who watched the assault and did nothing to stop it from happening.

His dependency correlates with his mother’s addiction as well as his guilt for not being able to stop Bryce from raping Jessica. His struggle with addiction and recovery is also an ongoing aspect of his journey.

The rumors and the inevitable comments and come-ons are realistic as well as devastating. The creators of the show really captured how it feels to be an attractive girl in high school.

It was disturbing but real. It might have been one of the best acted scenes in the series.

Although Netflix has since removed the original two-minute scene, and you can no longer find it anywhere else, I found her slow bleed out in the tub compelling and chilling.

It was a bit on the nose but made for interesting character development in later seasons.

This scene stuck with me more than any other scene in the entire series. The fact that they portrayed him getting sodomized with a broom handle was harrowing, and it still turns my stomach thinking about it. I realize the show got even more flack for this second season addition, and I understand why some viewers felt it was over the line. Nevertheless, I am glad that they incorporated male sexual assault because it tends to go overlooked.

Bryce’s relationship with his mother

Initially, she is disgusted by her son’s actions and behavior. However, in season three, you come to realize they’ve both grown and become closer because of his guilt and willingness to change.

Bryce is found “not guilty”

I appreciated how 13 Reasons Why portrayed the case. Bryce was let off with a slap on the wrist while Jessica was labeled a slut and a liar for coming forward.

The scene was surprisingly informative without getting into the more grisly details.

Monty is a character you can’t help but hate. He is nasty, cruel, and bitter. However, adding bits of his home life to the plot offered the viewer a glimpse of what made him into such a monster.

It was daring to offer a serial rapist positive change and remorse in a show that centers around sexual assault and bullying.

The acting is subpar

For such a gritty teen drama, I was surprised by how many times I cringed at the dialogue or the plethora of badly acted scenes. It now makes sense that I have never seen any of the “teens” — placed in quotes because most of the actors are in their late 20s or early 30s — in anything else.

The show tackles too many issues

The longer the show went on, the more convoluted the plot became. I have nothing against incorporating numerous topics, but it quickly meant that everyone was grappling with something serious. Hannah, Jessica, Tyler, and even Justin were victims of sexual assault. Tony’s family was deported. Alex was handicapped and then came out as bisexual in season four. Clay struggled with mental illness. Everyone was depressed or homicidal or under the influence. High school is not that dramatic for everyone, nor should we pretend it’s worse than it is. Sexual harassment, drug abuse, bullying, and homosexuality are normal obstacles; does the fear of being shot, killed, or being arrested really have to be incorporated into the already stressful and chaotic high school existence? High school is shit enough without piling every possible scenario onto the shoulders of only a few kids.

They were an interesting substitute for a suicide note, but did they really need to be handed down to each student on Hannah’s “It’s Your Fault” list? I realize that adding a threat of the tapes leaking made for more dramatic TV, and the students inevitably followed through because they didn’t want the evidence to be turned into the police, but knowing everyone’s baggage didn’t help anyone. It was Clay, the self-righteous, hopeless romantic against absolutely everyone else. It wasn’t clever; it was sloppy and unneeded attention to high school bullshit that most teens attempt to avoid at all costs.

The thirteen reasons why she killed herself

After each episode, the viewer is left to ponder whether what happened on X tape really warranted such an extreme reaction. Hannah was new and didn’t have many friends, but her friendship with Jessica, and the way it fizzled out, shouldn’t have been one of the reasons why she couldn’t cope. Another reason that didn’t seem to fit was her poem being stolen and anonymously submitted to Lost and Found. I’m sure Hannah felt vulnerable because she allowed Ryan into her thoughts and trusted him with her writing, but the fact that no one knew she was the poet behind the gloomy work should have allowed her to move past the infraction without too much thought.

Teachers cannot report an incident unless they have the requisite information, meaning that Mr. Porter was unable to give Hannah the help she hoped for because she wouldn’t name Bryce as her rapist. The backlash he receives from the students who have listened to the tapes is unwarranted; he shouldn’t have been attacked for doing everything he could based on the structures put in place for educators.

On his tape, she mentioned his decision to raid her “compliments” bag (gag me) was what landed him on the tapes. However, after a summer of fun and sex, he dumps her before the school year. Wouldn’t that be a much more significant reason to blame someone for your eventual suicide? This just proves that the writers had no idea what season two was going to look like before season one aired.

Did there really need to be another trail of 13 items? Absolutely not. It would have been just as easy to find out that the jocks were drugging and raping other girls from a third party.

We’re all familiar with the broken and bullied school shooter, so this shouldn’t have come as a surprise. Tyler was weird before his sexual assault, but that’s what really pushed him over the edge. The fact that Clay and his friends stopped Tyler before he could kill anyone, and they covered it up, baffled me.

She was incredibly annoying, constantly butting into things that didn’t concern her. They could have showcased Bryce’s growth without her; it didn’t have to be a British chick who just so happened to live on the Walkers’ property.

She has always grated my nerves. I’ve never been into the strong woman mentality because it is often at the expense of men. If you want equality, sure, but to attack any guy merely because he has a dick is ridiculous. Needless to say, the “Hands Off” movement was lame and uninspired.

Season four was a mess

Clay battles his mental illness, which was only mentioned once throughout the first three seasons. He has many blackouts which directly affect the rest of the main cast. The writers even chose to ignore the fact he drove a convertible over a cliff. Lazy plot device? Definitely.

Everyone is suddenly gay. You go from two gay characters in the first season to more than a handful in the last. Has the series been stretched so thin that the only twist they can think of is to make everyone question their sexuality?

This was one of the most fucked up episodes merely because it is so stressful and unrealistic. The fact that the district chose to stage a shooting suspends belief. Then to fire rubber bullets down the hallway to instill fear and panic into the student body is incredible. Not only is it traumatic for the students, but it puts the officials staging the shooting at risk.

This is both stupid and impossible in the timeframe given. Justin was prostituting himself for drugs in season two which takes place the previous year. In no way would he have full-blown AIDS by then. Even if you assume he contracted it from his abusive stepfather, he mentioned that penetration was never a factor. So how exactly did he contract AIDS and when? The fact the writers chose to kill off the only character with depth just shows how weak the plot was from the beginning.

Bryce Walker is killed in season three and for months the case is left open. When the evidence is stacked against Alex Standall, one of the officer’s sons, the sheriff chooses to write it off for some inexplicable reason. In what universe would Alex be let off scot-free and his father not be fired for tampering with evidence?

Overall, 13 Reasons Why is a hot mess. It attempts to tackle so many issues that it inevitably falls short. If you enjoy teen drama, I’d say go ahead and watch it. If you’re looking for a program that realistically portrays suicide, teen pregnancy, sexual assault, or violence, I’d urge you to look elsewhere.