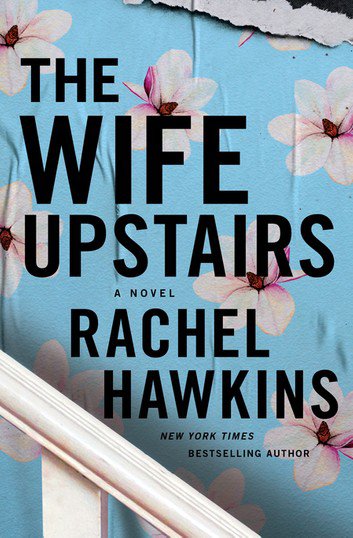 The Wife Upstairs is a passable retelling of Jane Eyre. I’d like to note that, apart from the names of the main characters and the “wife in the attic” plotline, there’s virtually nothing Hawkins includes from the original text.

Now, let’s assume (incorrectly) that I’ve never read Jane Eyre and, therefore, have no complaints about what did and did not make it into The Wife Upstairs. I’ll begin with Jane. She’s shallow, judgmental, and annoying. Her backstory was bland, though Hawkins did her best to offer her an arc — and perhaps an explanation — as to why she is so devoid of feeling. You can’t sympathize with her, unless you’re a reader who roots for the snotty young adult who believes she deserves everything handed to her just because she had a rough childhood.

Then we have Bea. She’s the perfect everything: wife, businesswoman, friend. That is, until she obviously turns out to be anything but. All I can say is read the novel and you’ll know exactly what I mean.

Eddie is your run-of-the-mill rich dude. He’s attractive enough but there’s nothing else to his character. He’s shallow, going after Bea initially because he knew she had money. Jane sees him as a ticket out of her mediocre life, even if his wife recently disappeared and everyone in Thornfield Estates is suspicious of their relationship. There’s nothing to him; he might as well be a cardboard cutout of the stereotypical wealthy male.

The ending, without spoiling anything, is lame. After reading Hawkins’ acknowledgments, I was surprised to find that this novel was her response to believing Jane Eyre deserved better from Rochester. If anything, she makes out much better in Charlotte Bronte’s work.

Overall, this book was okay at best. I was mostly interested in how the author intended to turn Jane Eyre into a modern thriller. I wasn’t surprised to feel dissatisfied after closing the book and returning it to the shelf, longing to reread the classic novel it borrowed from.